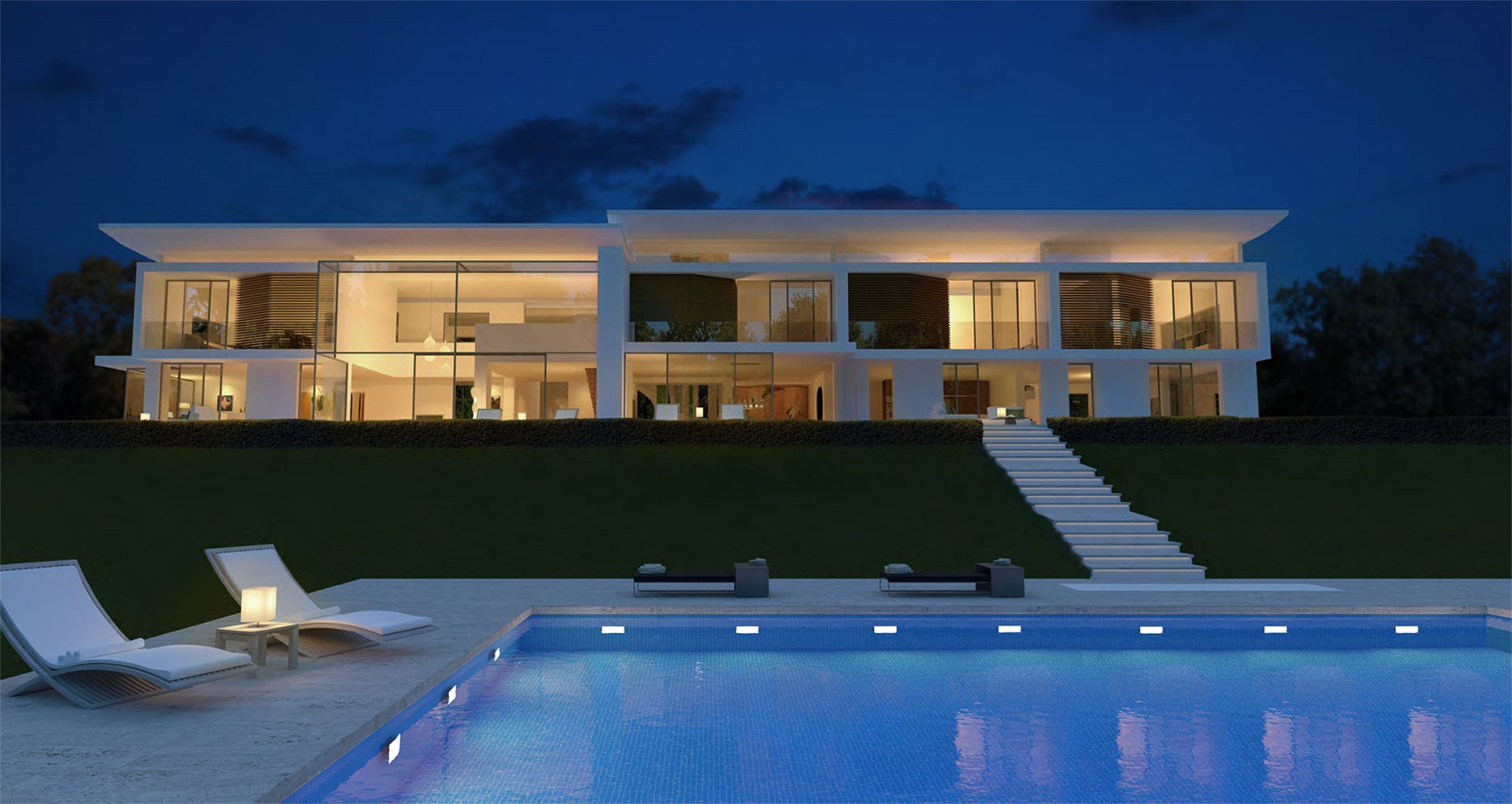 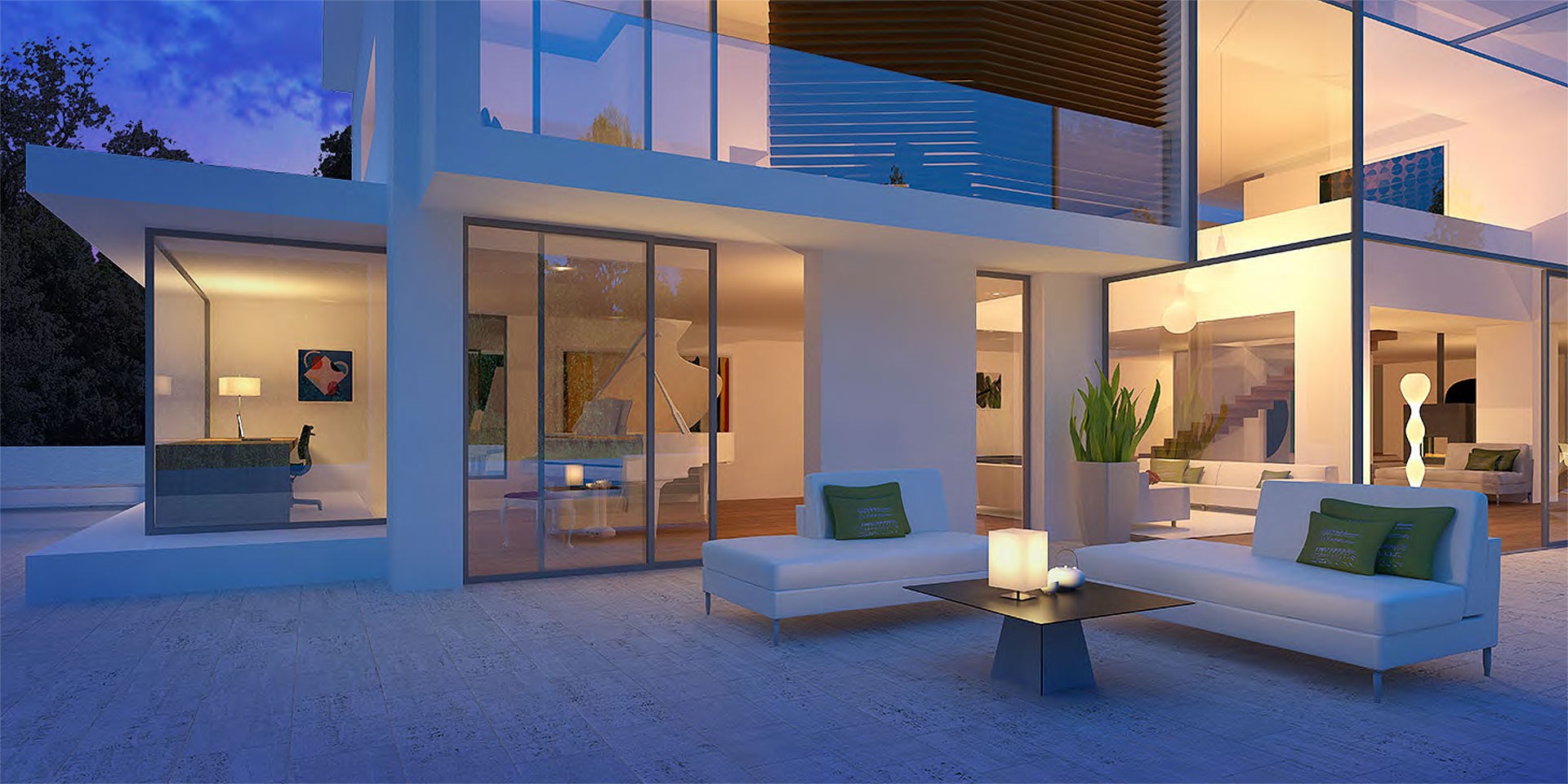 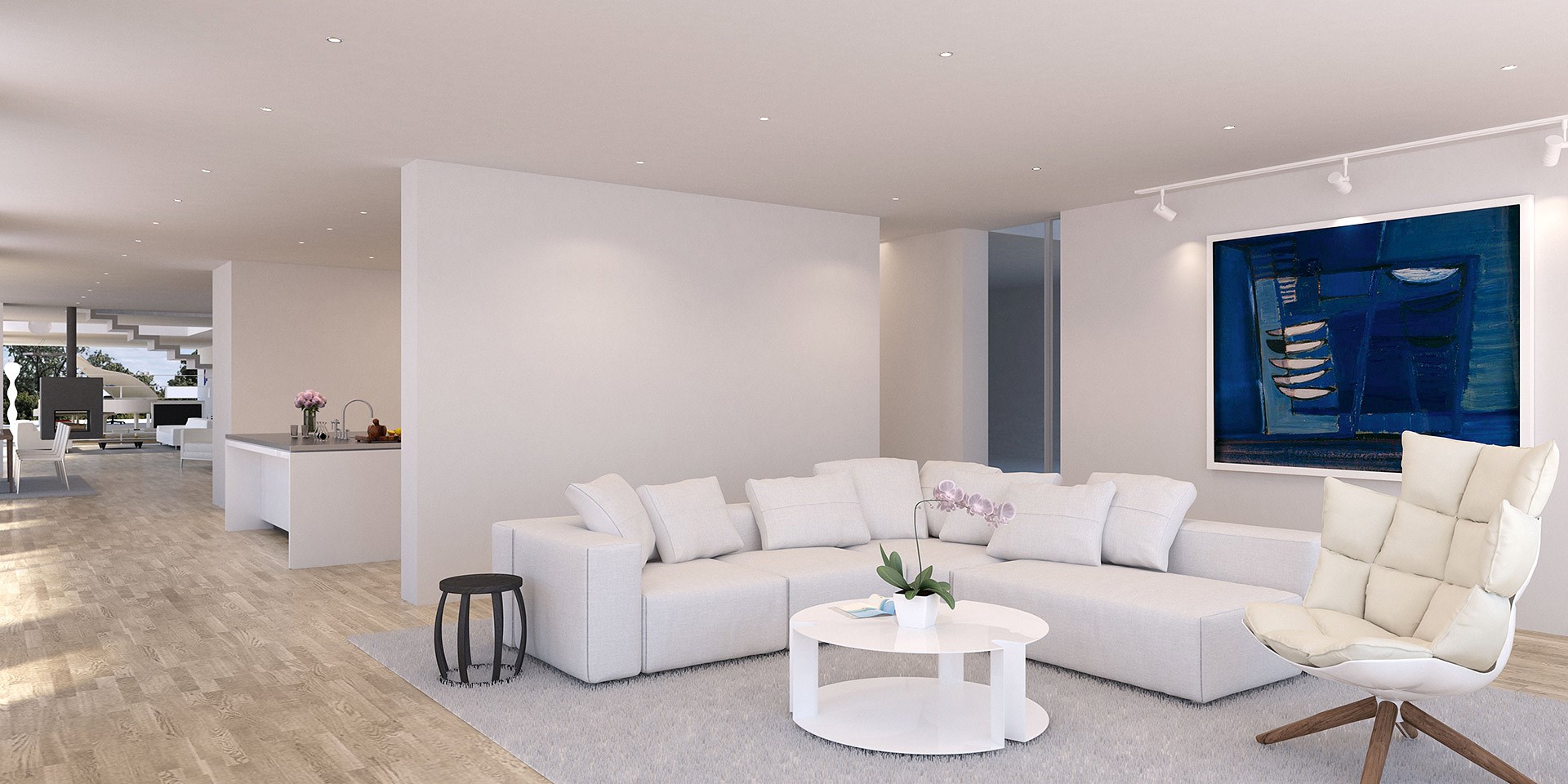 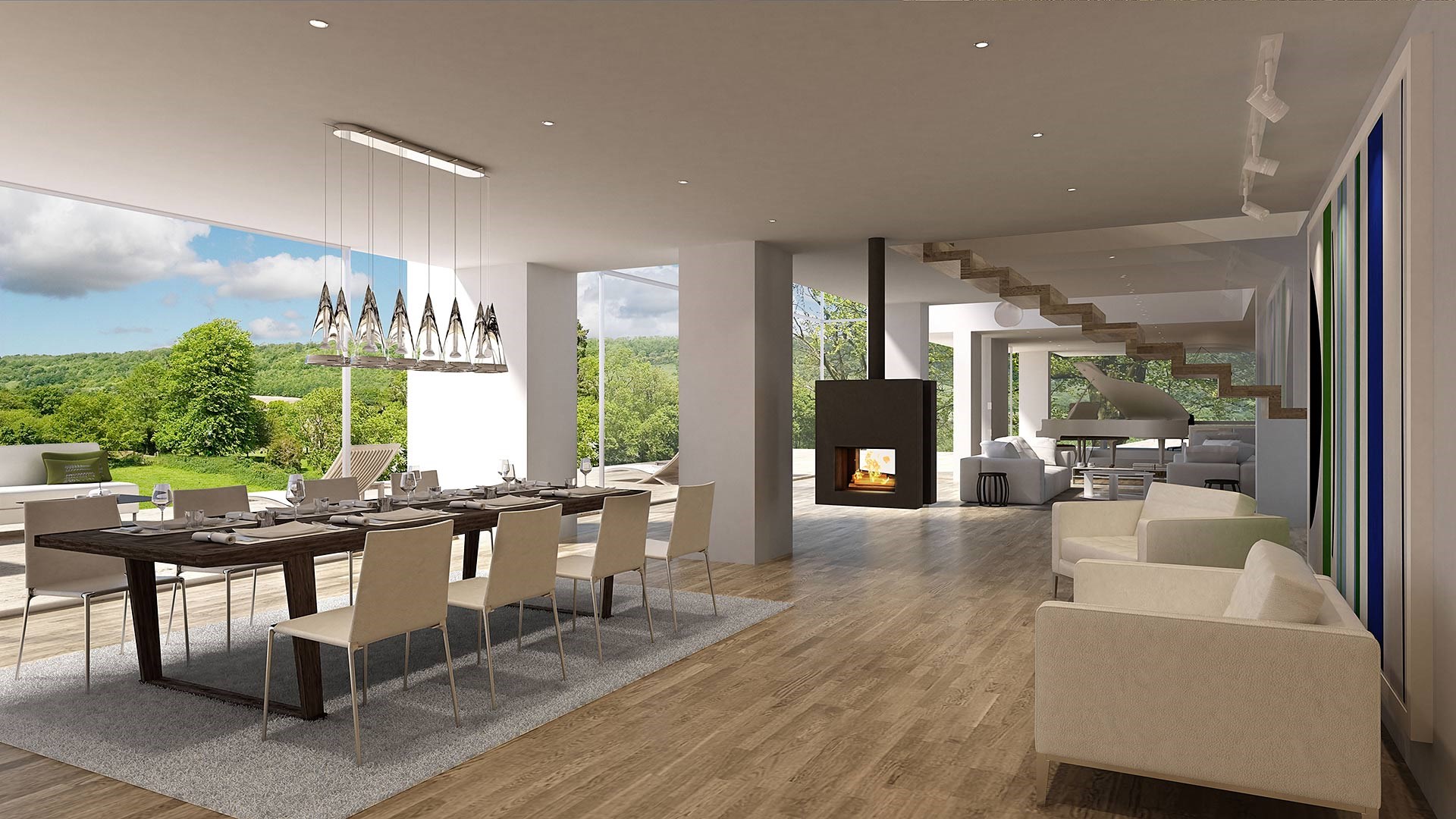 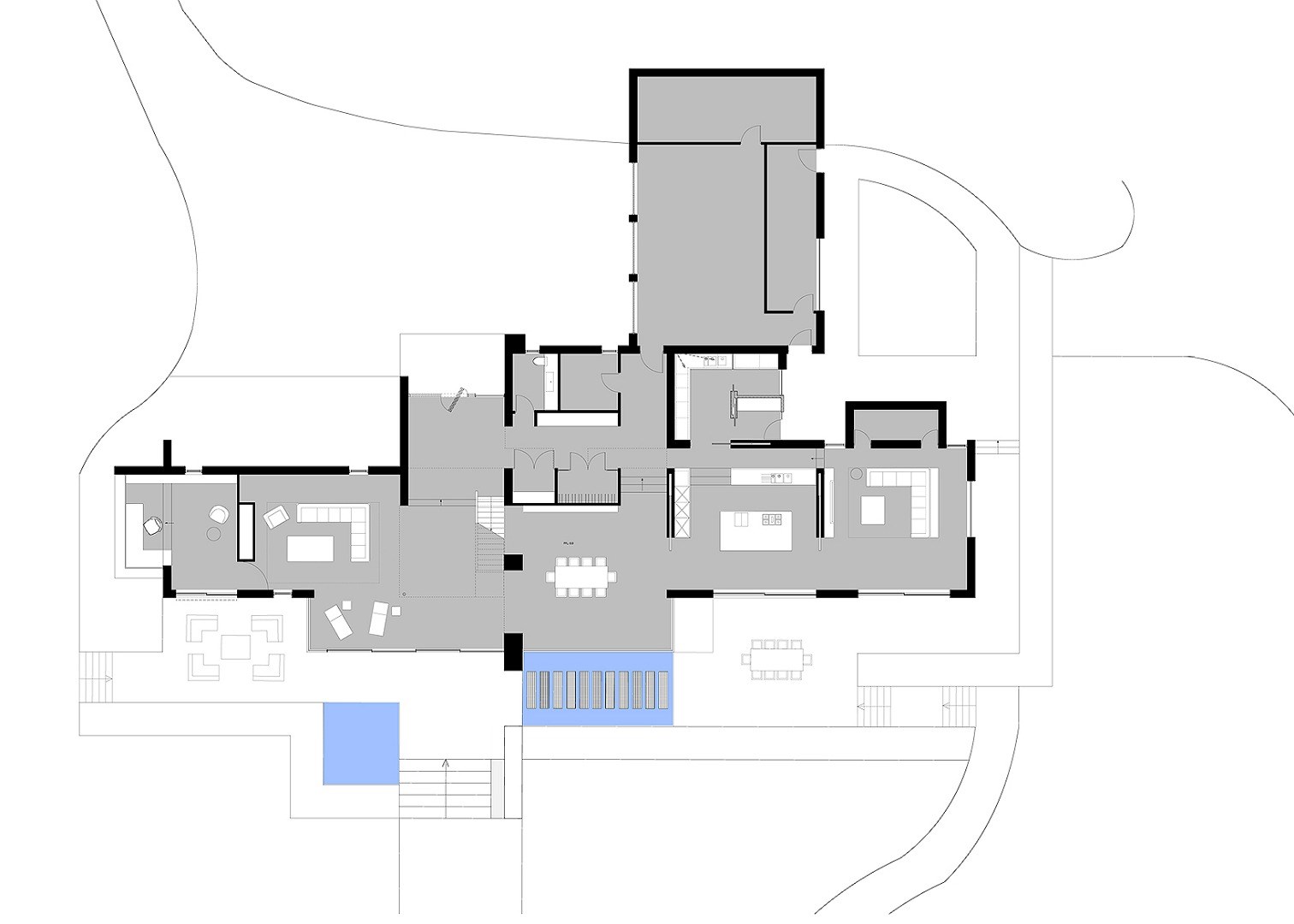 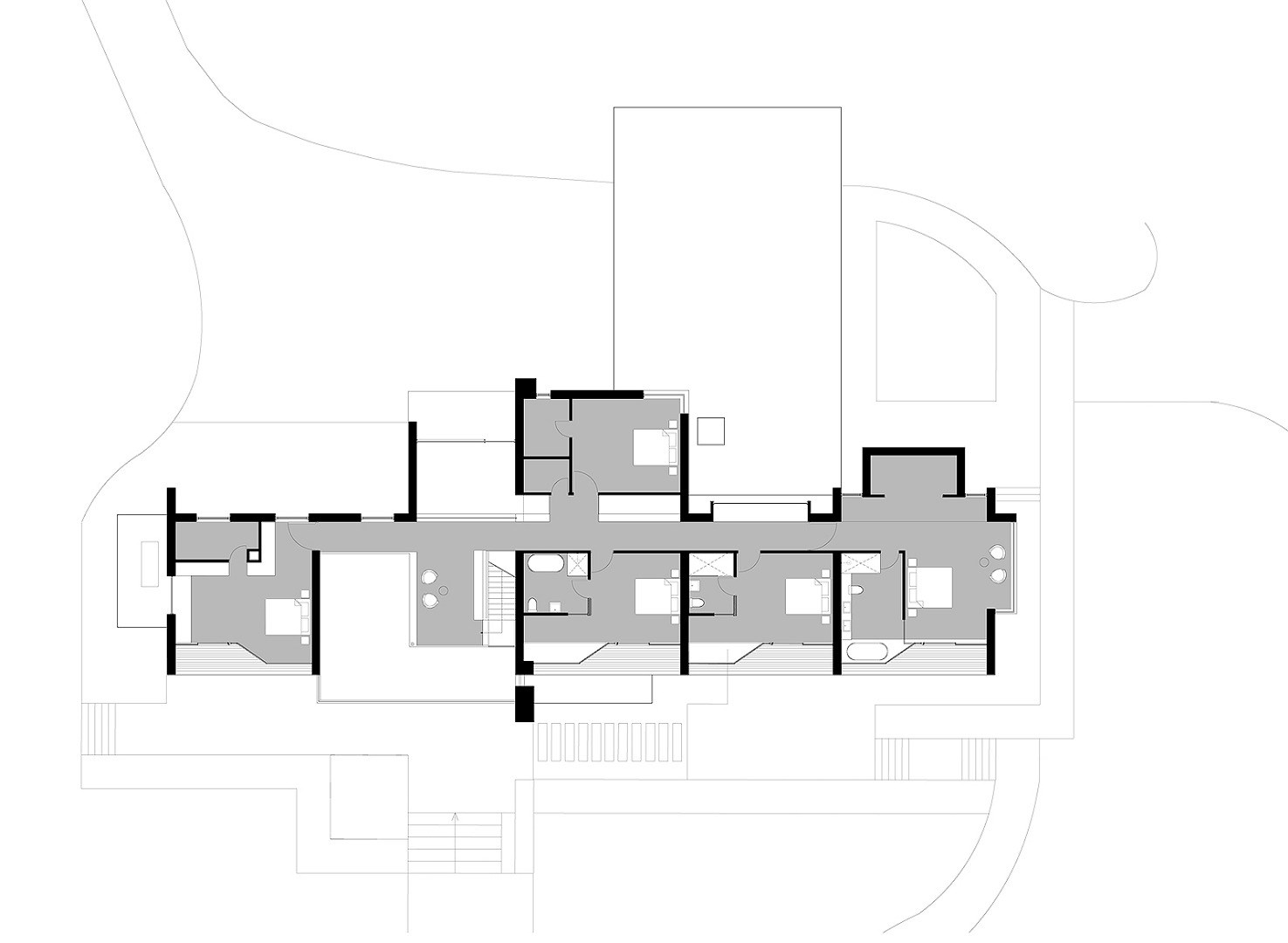 Initially designed as a re-modelling, the concept involved removing the existing pitched roof, replacing it with a mono-pitched roof rising towards the views of the countryside and knocking out the rear wall across the length of the house to create an almost fully glazed rear elevation.

This house, which is largely single aspect, was later approved as a knock down and rebuild. Planning permission in the countryside location was achieved without objections and the final size was greater than what would normally be allowed in this kind of location. This was achieved by demolishing various outbuildings and persuading the local authority to judge the house by volume not footprint.